Pastor Marc Gohi Guei and his wife, Monique, live in Ayaman, a village south of Abidjan, where he is pastor of the Agape Revival Evangelical Church.

He tells the story of when he first heard from God. He was only 13 years old. There was a revival going on in his church. During a time of very intense prayer, God spoke to him through a vision. He saw himself on a mountain with the Lord standing at his side. The Lord pointed down, “Look in the valley. Go search for my sheep.” Marc looked and he saw the sheep. That’s when his vision ended.

The following year, he had another vision DURING HIS MATH CLASS! As he sat there, with his teacher talking in the background, Marc had a vision. He saw himself in an office, sitting behind a desk. There were Bibles and Bible study books stacked on the desk and he was writing on a piece of paper. What was he writing? He saw himself preparing a sermon that he was going to go out and preach. He got lost inside this vision.  He didn’t know for how long. He was so focused on this vision that he totally forgot that he was in his math class.

Upon coming out of this vision in his math class, it all finally added up. Marc knew that God had called him into full-time ministry and he was ready to accept the calling.  Being only 14 years old, Marc got involved in his church as much as he could. He attended all the church activities. He became president of his Youth Group. He started helping during the worship service. Eventually he took turns with other at presiding the service. He became a deacon, then one of the church leaders, then an elder. One day the pastor of the church spoke to him about the calling he received in this math class, to become a pastor. He asked, when would he become a full-time minister?

So Marc went to Bible School, then was hired as a pastor in 1992, exactly ten years after that vision in his math class.

This is Pastor Marc Guei standing in front of his church.

Marc married Monique Didehi. It was the beginning of a beautiful family and a lifetime of being partners in the ministry.

I love their colorful shirts and robes. Most church attenders wear bright colors on Sunday. Some wear colorful clothing all week.

Isn’t this a beautiful family?

This is their precious youngest child. Pastor Marc has a sponsor through Praise International. The monthly gift he receives from his sponsor, helps Marc and Monique send their kids to school. In Ivory Coast, as in many African countries, parents must pay a monthly fee to the school, or else their children cannot attend.

Pastor Marc is doing a baby dedication, as the parents promise to raise their children under the teaching of God’s Word. As is case in the U.S and most countries, it is not easy for children and youth to remain faithful to the Lord, especially if their dad is the pastor. 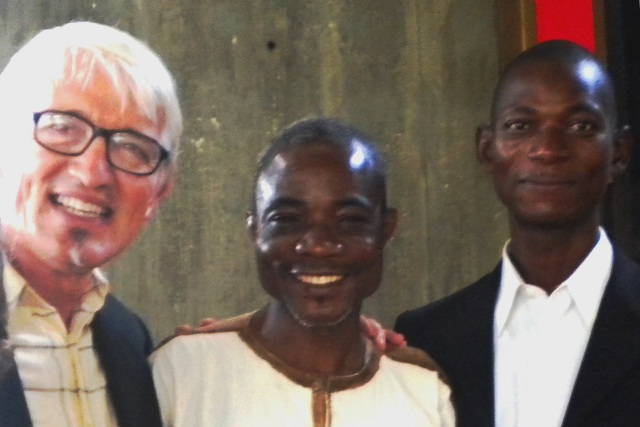 This is me with Pastor Marc and Joseph Oulai, who is pastor of a church in Abidjan. He is also Director of Praise International in Ivory Coast and oversees the distribution of support funds to pastors in other countries of West Africa.

Please pray for Pastor Marc and Monique Guei, as they remain faithful to their calling to find the Good Shepherd’s lost sheep in Ivory Coast. Pray for protection and fruitfulness and that the Lord bless them with wisdom, patience and loads of the LOVE of the Lord. Thank you. 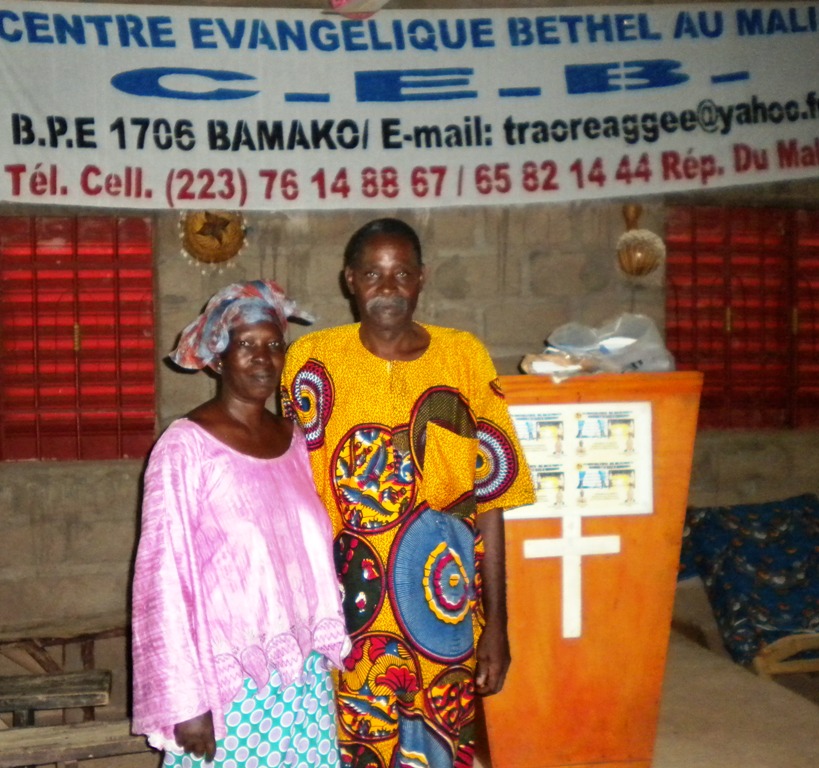 Pastor Aggée and Elizabeth Traoré serve the Lord in MORIBABOUGOU, Mali, a town in proximity to Bamako. The name of the church that they started many years ago is Bethel Evangelical Center. Aggée (his name is the French version of Haggai) was working at a job with decent pay when God called him into full-time ministry. During the years as they evangelized the town of Moribabougou, they raised a family of eight children.

Several years ago, when my wife Kandee and I visited the Traoré Family, we found Aggée and Elisabeth and couple of their children, harvesting peanuts from their garden. They stopped to give us a warm traditional welcome. They thanked Praise International for the monthly gift that their sponsor had been sending them for several years.  Without this regularly donation, he told us, they would not have been able to send their kids to school. He told us how it was to plant this evangelical church. He had opposition from some local Muslims in the town, as the town was majority Muslim, but through it all, God blessed the ministry of Pastor Aggée with much fruit.

After chatting for a while,  he took us inside their church building, which was in the courtyard, where we were sitting. It was impressive. He had transformed a nice-sized barn into a nice-looking church.

Recently, I saw Pastor Aggée again in Bamako, during our ministry trip to Guinea and Mali. We were conducting a Pastors Conference, with Pastor Richard Shaw as conference speaker. It was great to see Aggée again and find out how his church is doing.

Please pray for Pastor Aggée and Elizabeth Traoré, as they continue to faithfully serve the Lord in Moribabougou, Mali. 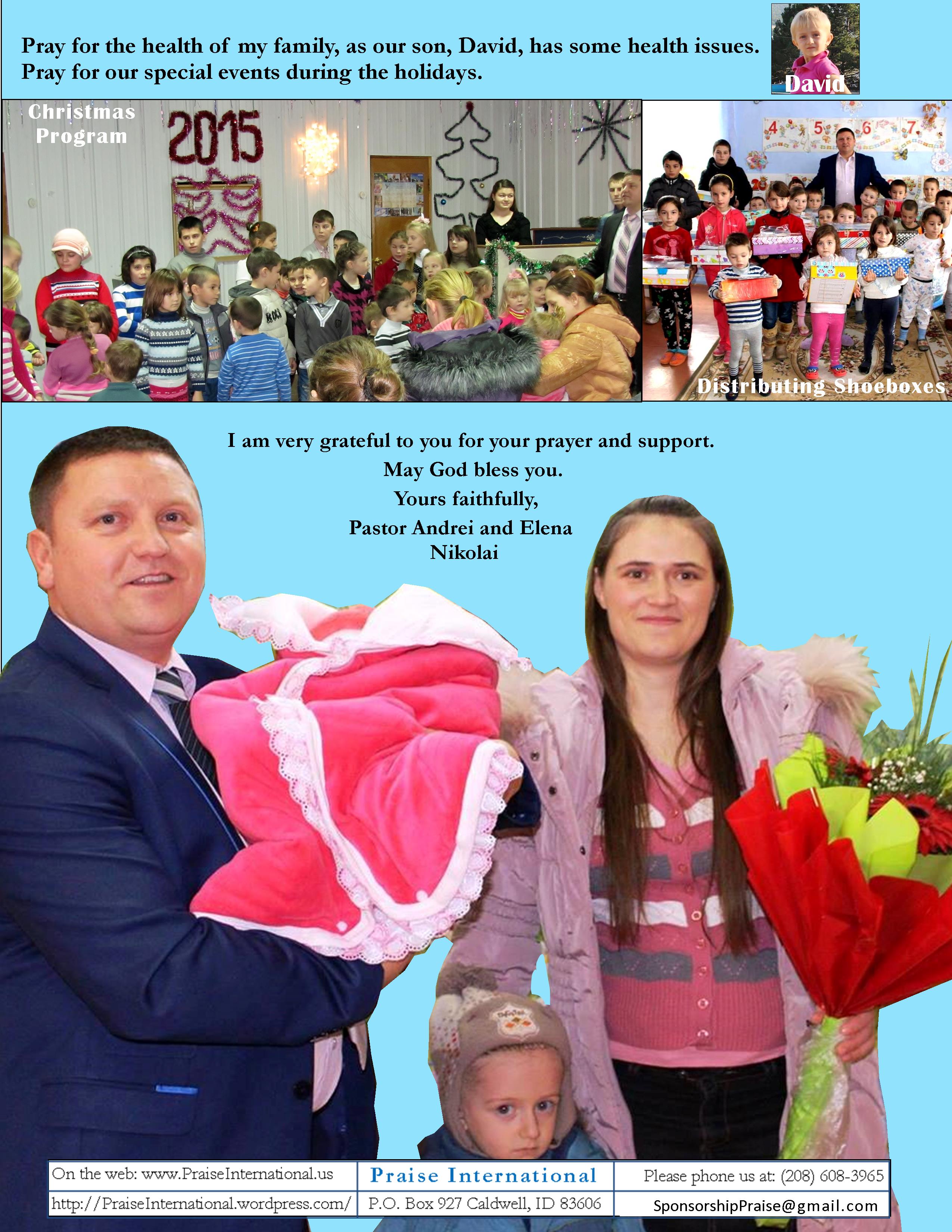 Pastor Andrei needs a new sponsor as soon as possible.

Would you consider sponsoring him? 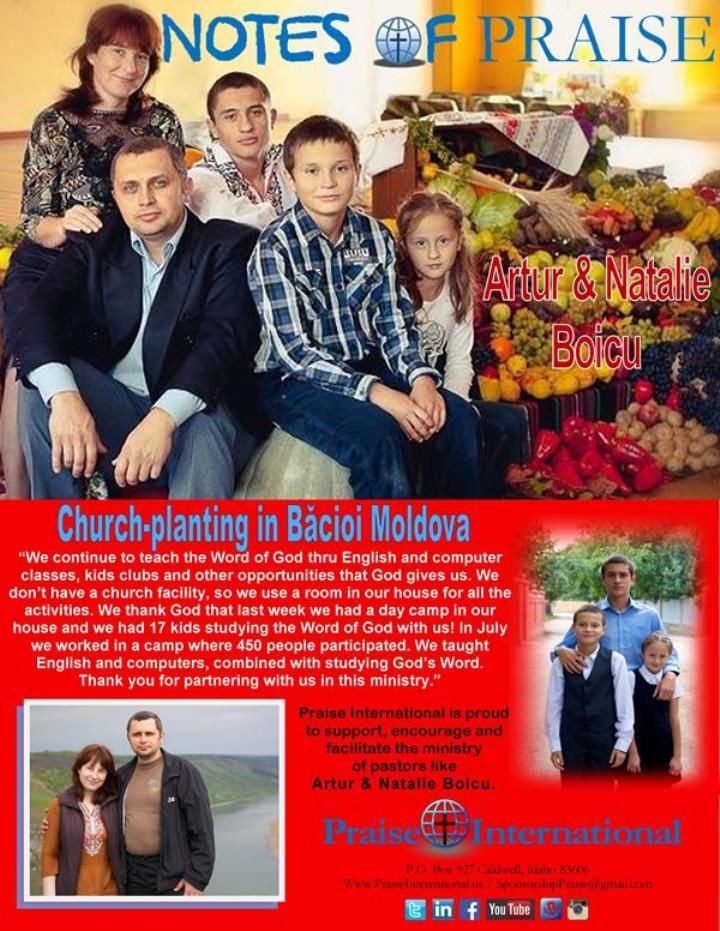